Catholics on the Barricades

Gaudium in veritate: It is my pleasure to recommend in superlative terms this book by my friend and U-MD colleague, Piotr Kosicki. Superbly written and truly illuminating, this is comparative intellectual history at its very best! Congrats, Piotr, see you on Thursday and Friday at our conference on “One Hundred Years of Communist Experiments.” Thanks for the great inscription!

Comments Off on Catholics on the Barricades |

In order to calm the crowd outside, the portrait of Lenin is rapidly being removed from the council room of the city hall by a freedom fighter. Gyor, Hungary. October-November, 1956. © Erich Lessing | Magnum Photos

Comments Off on Basta with Lenin! |

These images made Mátyás Rákosi’s peers, the other little Stalins, all those butchers of their nations named Gheorghiu-Dej, Novotny, Hoxha, Ulbricht, Zhivkov, but also Khrushchev and Mao, tremble. Neither were Gomulka and Tito happy with the spontaneous outburst of mass revolt against tyranny. Leninists have always resented and abhorred stikhiinost. Moreoever, for all of them the cru…cial role played by students and intellectuals in the revolution was intolerable. According to historian Lars Lih, the Russian term stikhiinost contains the meaning of the English “spontaneity” combined with a sense of an elemental force…

Image: October-November 1956. Budapest. On Vaci Road was the Soviet Cultural shop, members of the insurrection looted it and destroyed the propaganda material. Photo by Erich Lessing (Magnum)

Comments Off on Insurrection! |

He embodies brilliantly three gifts: the gift of friendship, the gift of love, and the gift of wisdom. Happy Birthday to Andrei Pleșu, a noble citizen of the European Republic of Letters!

Image: Launching my book “Fantasies of Salvation” at the Embassy of Romania, Washington, DC, November 1998.

Gdańsk and the dignity of Europe

City of liberty, Gdańsk, March 2017: In memory of the great European philosopher Jan Patočka, for whom responsibility was a duty and a virtue. Born in 1907, this student of Edmund Husserl became a spokesman for Charter 77. He died forty

Comments Off on Gdańsk and the dignity of Europe |

And when man faces destiny, destiny ends and man comes into his own. (André Malraux) 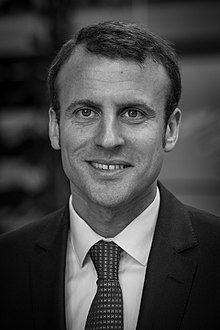 This post is dedicated to the memory of two Andrés: Malraux (1901-1976) and Glucksmann (1937-2015). To be or not to be European? This is question. The French elections are about modernity versus traditionalism, inclusion versus exclusion, civic patriotism versus atavistic xenophobia, hope versus fear, confrontation with the ignoble pages of the past versus revisionist denial, tolerance versus intolerance, Enlightenment versus Counter–Enlightenment, the France of Jean Jaurès, Léon Blum, Jean Moulin, Jean Monnet, Pierre Mendès-France, René Char, and Albert Camus versus the France of Charles Maurras, “L’Action Francaise,” Drumont, Vichy, les collabos, Doriot, “Je suis partout,” and the neo-Poujadisme. The very fact that Emmanuel Macron is a member of the editorial board of the monthly journal “L’esprit” indicates a political philosophy committed to the open society. I definitely support him and I do hope that he will be the winner!

Comments Off on Le Pari français |

A joke for the deadly jester…

When the deadly jester, as Adam Kirsch called Slavoj Žižek in a December 2008 article, pontificates that there is no real difference between Le Pen and Macron (maybe for him there is a surreal one, who knows

), I can’t resist sharing with my friends here the old and, alas, still so timely joke. What’s the difference between a democracy and a people’s democracy? The same as the one between a chair and an electric chair. Or, if you prefer, the one between a jacket and a straitjacket…

Comments Off on A joke for the deadly jester… |

Marine Le Pen is the name of all the things I despise, dislike, and disparage. I will not post a picture with her. She’s evil. And, if the name of the newspaper Camus wrote for means something, I think that Combat is the call of the day. Therefore I post this. Maybe Marine Le Pen and her supporters have not found it out yet: Nazi Germany did capitulate!

Comments Off on Le Combat |